Kitty's (Not) Got Claws: What to Do When Your Cat Breaks a Claw

There's something quite remarkable about your cat's claws. They're both a tool and a weapon, and they conveniently slide away when not in use, ready for next time. Sometimes a mishap can result in your cat losing one of their claws, whether it occurred while climbing, or perhaps even during a fight. But how serious is this type of injury?

A broken claw is far more common (and far less serious) than a claw that has been completely ripped out. You might not even be aware of a broken claw when it happens. Your cat is unlikely to be distressed, or in pain, although they might lick the site. While it's not particularly harmful to your cat, the broken claw will need to be attended to. You can do this yourself, but a visit to a groomer might be in order. The claw simply needs to be clipped in order to remove the damaged portion. The claw will then regrow and develop its natural curve and sharp point.

A claw that has been ripped out will be far more obvious, and can warrant a trip to an emergency vet clinic. This becomes even more urgent if you suspect the claw was lost in a fight. Puncture wounds can be difficult to spot beneath your cat's fur, and their injuries might be more serious than a missing claw.

The whole ordeal will be rather traumatic for your poor cat, so prompt action is necessary. The site will be bleeding and will require medical treatment. Your cat will generally need antibiotics to prevent infection. A followup appointment is likely, since your vet will need to check for signs of bone infection, which is a possibility given that your cat's claws are directly attached to bone.

It's not a given that a claw which has seemingly been ripped out will never grow back. The damage can look far worse than it actually is, and the tough keratin outer shell of the claw might have been ripped out, exposing the internal blood vessels. Should the claw not regrow properly, it's not going to greatly affect your cat's quality of life. They will simply adapt, and will quickly get used to living their life with one less claw.

A broken nail would be an inconvenience for you, but it can be potentially dangerous for your cat.

For more information, reach out to a local emergency vet clinic. 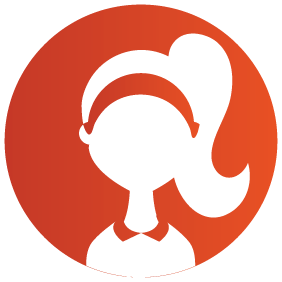 When you have a dog or a cat, they become a treasured part of the family, and you don't want to leave them at any cost. This is true even if you move or travel abroad. Hi, my name is Katie, and I traveled with my dog for nearly 10 years before his passing one year ago. I loved every moment we had together, but I also learned a lot of important things about the type of veterinary care travelling animals need. If you want to learn about veterinary care or tips for travelling animals or just in general, I invite you to explore my blog.